Exactly 150 years ago Henry van de Velde was born. As 2013 is the ‘Van de Velde year’ DOCOMOMO Belgium decided that there’s no time like the present to put the spotlight on his much too underrated and even for- gotten modernist oeuvre. The still ongoing restoration of the Boekentoren is a perfect motive to gather in Ghent for a study day, hosted in collabora- tion with the Ghent University. Architects Paul Robbrecht and Barbara Van der Wee, both members of the Boekentoren Design Team, will, among others lecture on the origins and the restoration project of this remarkable monument. The study day will of course include a visit to the Boekentoren.

Architectural historiography generally connects Henry van de Velde (1863- 1957) to his protagonist role in the Western European Art Nouveau Move- ment and his educational project in Weimar, as the predecessor of the Bauhaus. These issues indeed represent essential episodes in his develop- ment, but they do not give a full representation of his architectural career. His creative force was definitively not limited to the pre-war period, since he also participated in and contributed to the interwar modern movement. In fact, it was in that period that he carried oud some of his most successful projects, such as his fourth personal house ‘La Nouvelle Maison’ in Ter- vuren, the Wolfers house in Brussels, the Boekentoren (University Library) in Ghent, the Belgian Pavilions at the 1937 (Paris) and 1939 (New York) World Exhibitions and the Kröller-Müller Museum in Otterlo (NL). 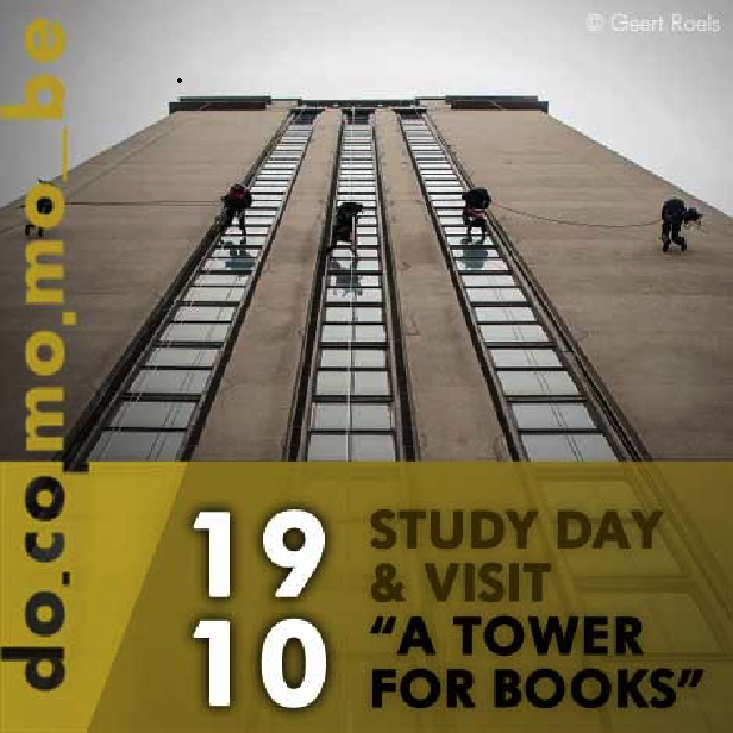